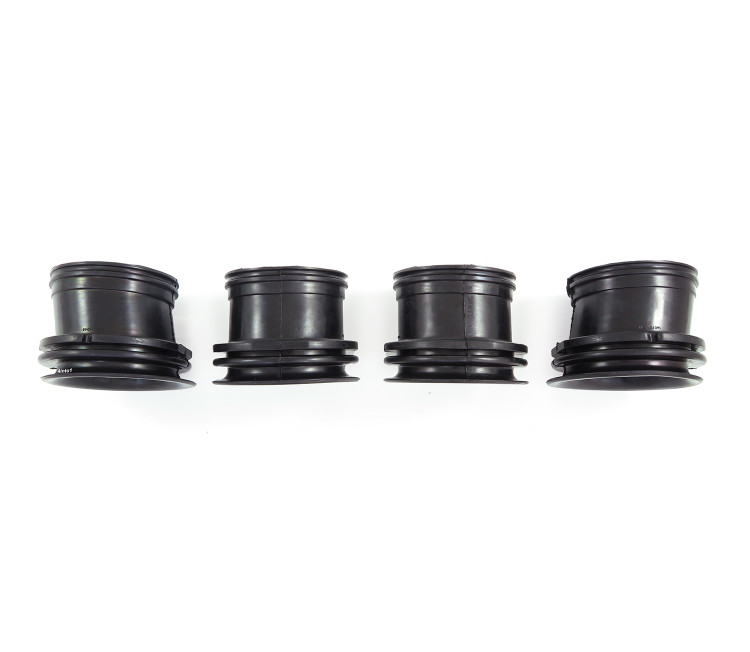 Air box adapter set for many Kawasaki KZ1000 and ZN1100 from the early 80's and the police model through 2005. Comes as a set of 4. You know these boots. Once they’ve been sitting for decades they harden up and shrink. They become impossible to put back on.  You may have tried boiling the old ones or heating them up some how, and it still doesn't work. Maybe you can get one or two of them on the carbs but they won't all go on. Save yourself the trouble with a new set! Made from quality rubber that holds up well to gasoline and ethanol.