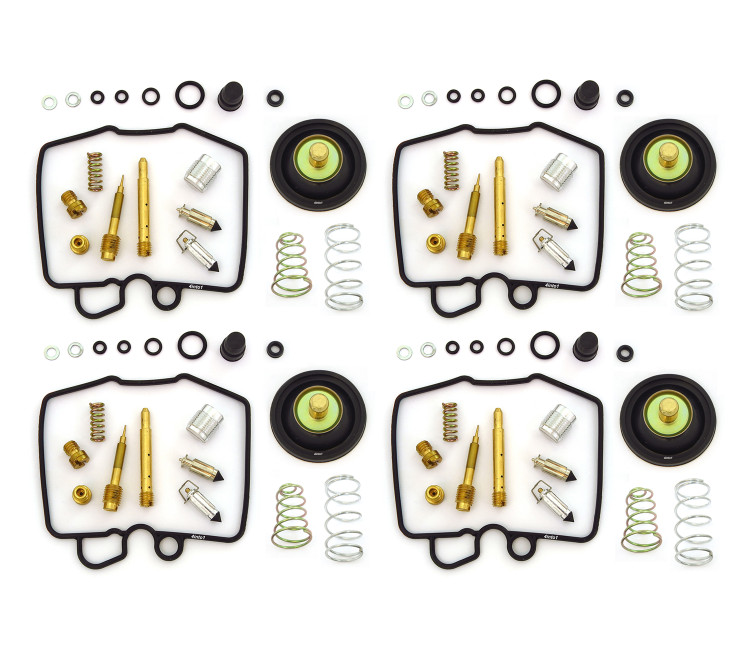 Deluxe carburetor rebuild kit with air cut off valves for the Honda CB750K, CB750L & CB750C from 1979-1982. This kit comes with 2 types of float needles, the one with out the wire is used on the 1979 model with the plastic floats. Kits include a shaped float bowl gasket made from Viton so it won't swell when in contact with gasoline.