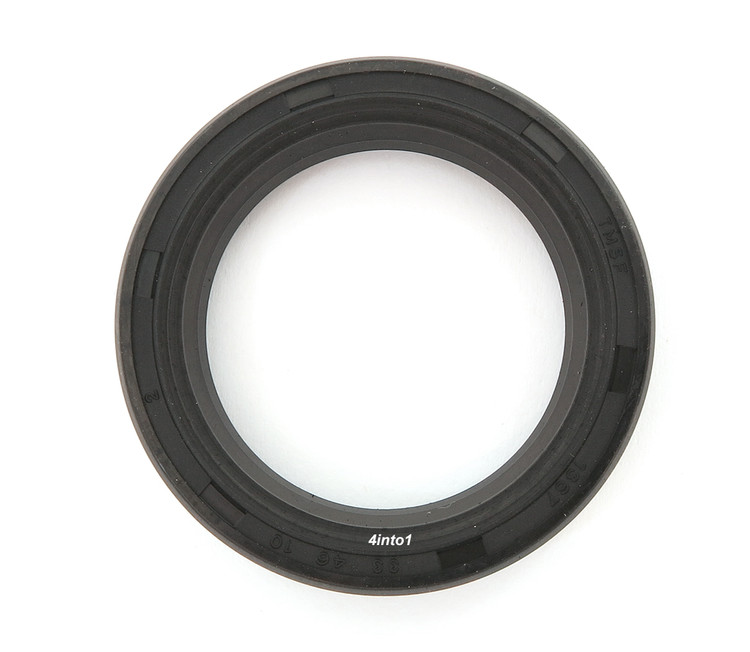 Fork seal for the early Honda's, many of which had chrome shrouds around the forks. When replacing fork seals be very careful not to scratch or gouge the aluminum during the removal of the old seals. Use a fork seal driver to install the new seals or use the old seal to help drive in the new seal. Be sure to drive it in evenly and make sure it fully seats so the snap ring can be installed. If you're unsure if your forks are stock please check the fork seal dimensions, many models changed forks during their production run.

This is a high quality new seal produced in Taiwan. When it comes to rubber parts and seals it's generally better to install a brand new part instead of using a NOS part which has hardened due to age.

Clean everything thoroughly and install the new seal with a deep socket with the same outer diameter as the seal or a seal driver. Make sure to push it in evenly.