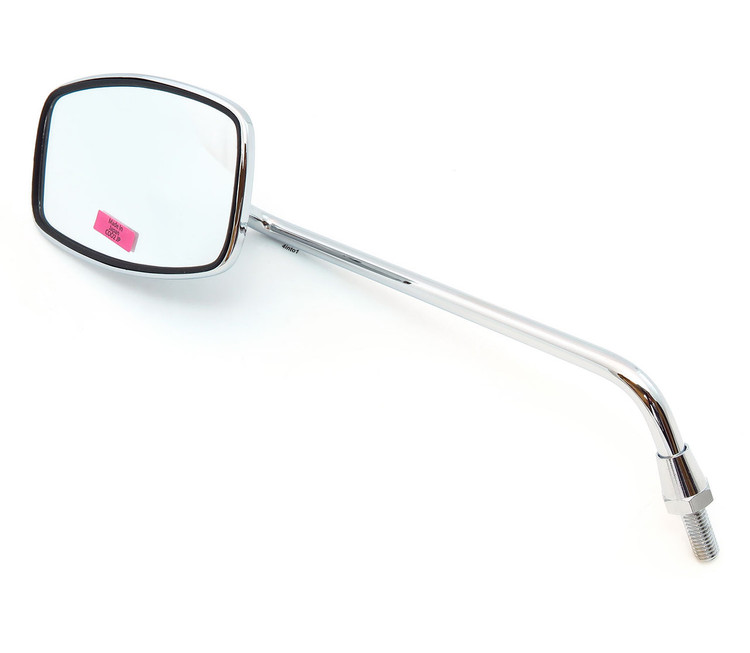 Genuine Honda rectangular chrome mirror used on many of the 60's Honda's. This mirror is classy and discreet, it fits well on stock style bars and looks good on aftermarket straight bars. It will thread into the small style 8mm mounts on the early bikes. Use it on any bike you want!

Note: This is a new Genuine Honda part, however it is not NOS (new old stock), meaning it is not identical to the original mirror produced in the 1960's. The angle of the mirror stem is not the same as the original part.