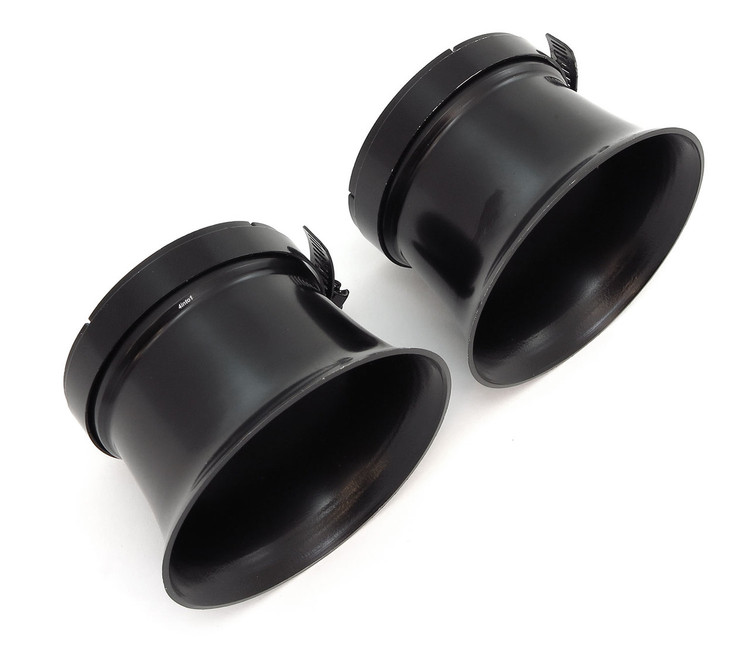 Set of 2 Black 54mm shorty velocity stack for the late 70's early 80's Honda twins with CV carbs and many other models.  Check the fitment list below for details. Lightweight aluminum construction just like the original velocity stacks on vintage race bikes from the 60's. Has a concealed micro mesh screen filter backed with a larger mesh to keep it in place at the base of the velocity stack.

Includes 2 velocity stacks with mounting clamps. Clamps are painted back and tend to chip. Can be touched up easily with spray paint if necessary.

NOTE: Be sure to measure your carburetor prior to purchase. Also measure how much room you have between the carburetor and the frame or any side covers. Use the dimensions below to see if these will work on your bike. Just because the filters fit the carbs doesn't mean they'll fit in the bike without some obstruction.

NOTE: Velocity stacks are not CNC aluminum. They are stamped aluminum.