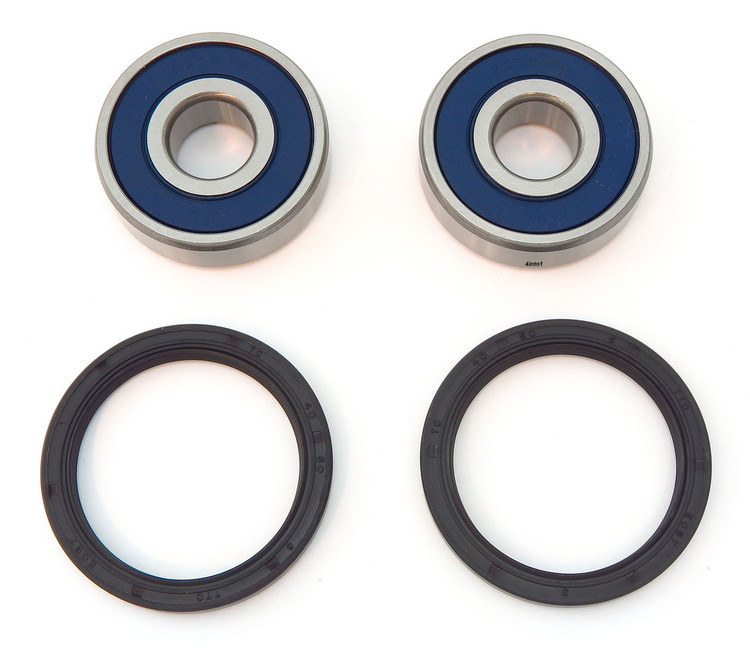 All Balls quality front or rear wheel bearing and seal kit for the Honda models listed below. Includes everything shown, 2 bearings & 2 seals.

Use a long punch (should have a good edge) Remove any Circlips or retainers. Insert the punch into the wheel and catch the edge of the bearing on the other side. Using a hammer, hit the punch and work around the entire circumference of the bearing. The bearing and seal will eventually be pushed out of the wheel hub. The second bearing can be removed using a punch, a long socket or other suitable driver. Note: The bearings will be damaged during the removal process and should not be reused. The hammer blows transmit their impact through the balls causing small flat spots, which will cause the bearing to quickly fail if reused.