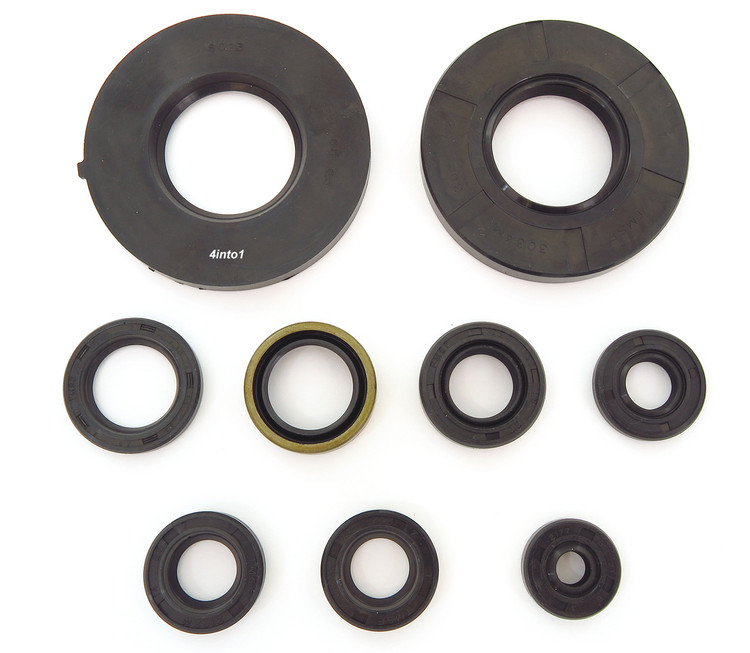 Oil seal set for the Honda CA/CB/72/77 models from the 60's. There are many hard to find seals in this kit! This kit is made up of high quality new seals produced in Taiwan. When it comes to rubber parts and seals it's generally better to install a brand new part instead of using a NOS part which has hardened due to age.

Make sure to press your seals in straight with a seal driver or a socket with a slightly smaller OD than the seal. Both surfaces must be free of dirt in order to form an oil tight seal.