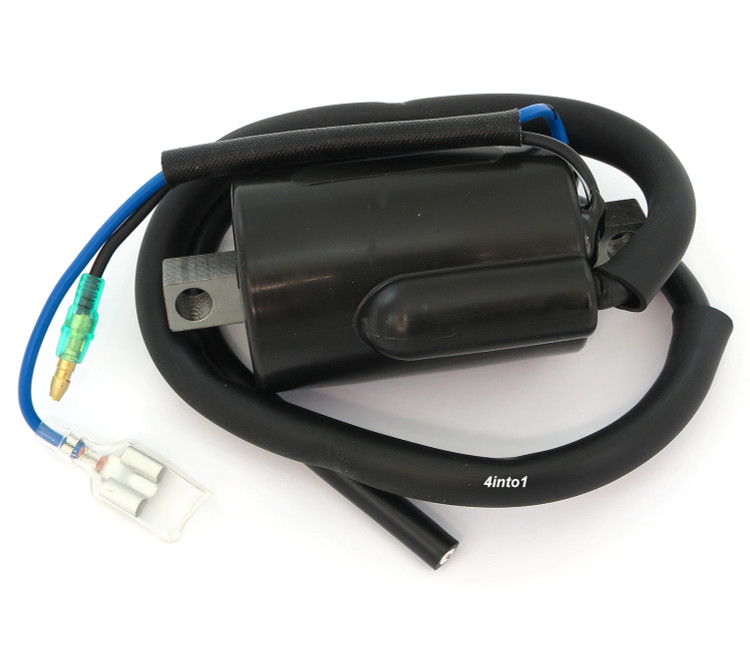 Reproduction 12V Honda ignition coil. This coil replaces the stock style coil that came on many of Honda's CB/CL/SL twins from the 70's, it can be used on the left or right side. Use it with your points ignition or electronic ignition. This could also be an opportunity to replace the stock spark plug caps. Fan out the spark plug wires before twisting on the caps. Sold individually. 2 coils are necessary for all of the models listed below.

Spark plug wire is 19" long
Mounting holes are approximately 80mm (3.15") apart. (measured from the center of each hole)
6.5" blue wire with dual female bullet connector
5.25" black/white line wire with male bullet connector
Overall Outer Diameter: 48.6mm at the widest point.
Primary Windings: 5 ohms
Black wire connects to 12V power, blue goes to the points and condensers. Note: This coil does not come with any hardware to install it, but it will mount to the stock brackets on the models below.