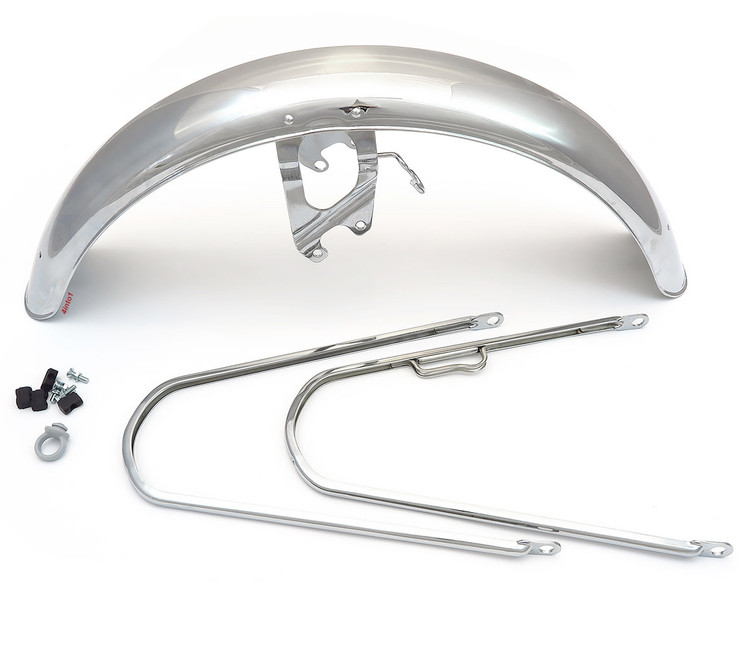 Reproduction chrome front fender for the Honda CB550K and CB750K. This brand new fender looks good and it's perfect for a daily rider or a restoration project. It has the bracket for the speedometer cable and the bracket to hold the brake hose.

We also have the Genuine Honda version of this fender.